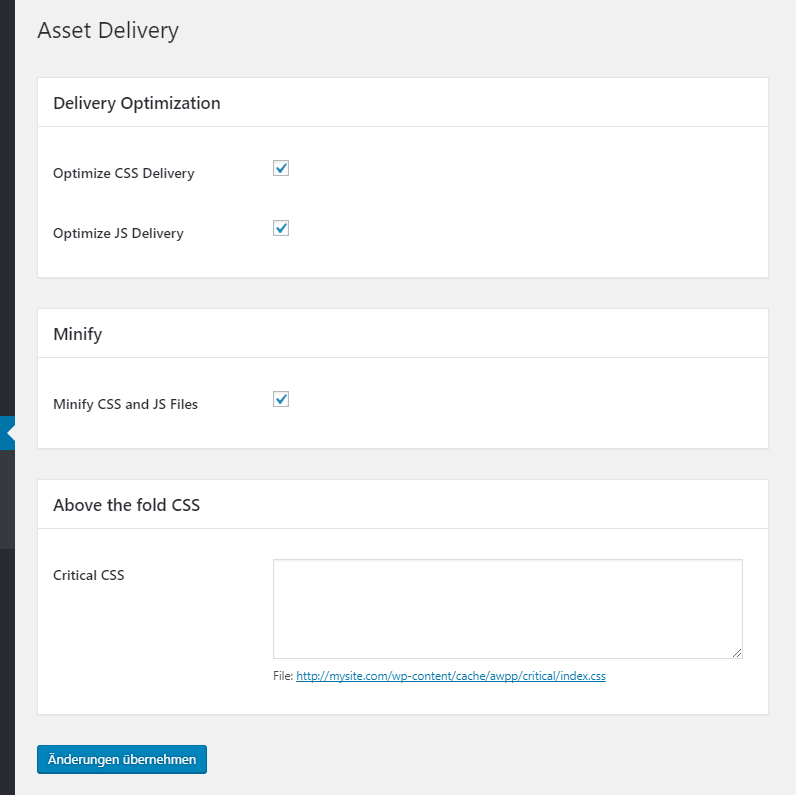 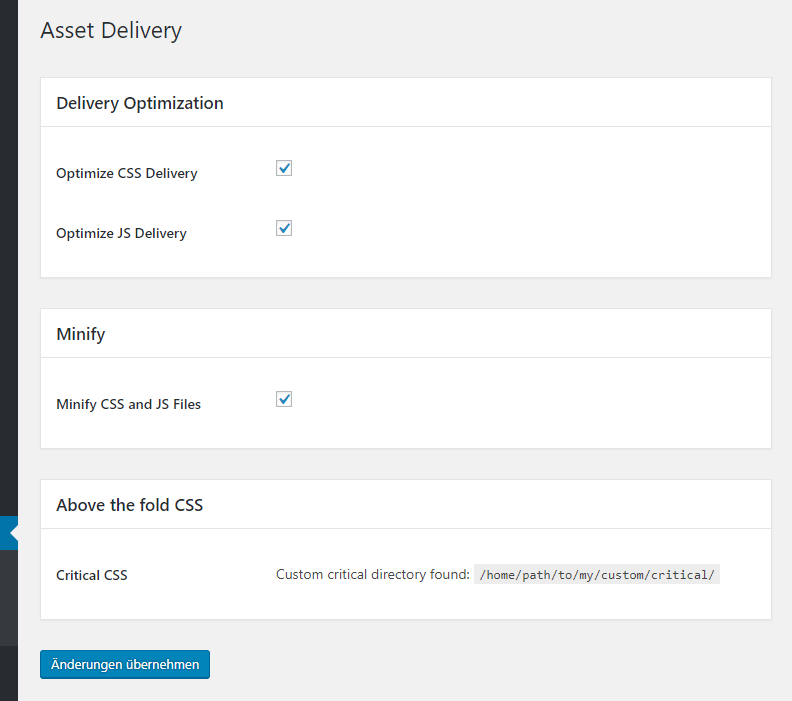 This plugin adds several performance improvements to your WordPress site. In contrst to other performance Plugins, this one sets focus on HTTP\2 Standards (like Server Push and SPDY). minify assets This plugin minifies all CSS and JS Files and caches them. It will not merge them into on file. This way you are still able to use conditional assets and if you are using HTTP/2, which I highly recommend, it’s not necessary to do so. Optimizes JS Delivery It moves all scripts to the footer and adds a defer attribute. This makes sure the scripts won’t block the page render process but will still be executed in the right order. In some cases, this could break inline JavaScript Optimizes CSS Delivery All CSS Files will be removed from the head and loaded asynchronously. This makes sure your CSS Files won’t delay the page rendering. To reduce the flash of unstyled content (FOUT) I recommend adding a Critical CSS. conditonal Critical CSS By default this plugin provides a textarea where you can put your critical CSS. Read more about Conditional critical CSS Critical CSS API We implemented an awesome new feature! Read more about the Critical CSS API. HTTP/2 Server Push Server push is a HTTP/2 feature that allows you to send site assets to the user before they’ve even asked for them. There are two ways to achieve this. Both have their pros and cons. So this plugin supports both, the decision is up to you. PHP While WordPress builds your site, this plugin gets all enqueued scripts and styles and adds them as a link attribute to the response headers. That way you can be certain only files are being pushed, that are actually needed. But: Since they are set while the server builds your site, this won’t work if you’re using a server caching (which I highly recommend). .htaccess The second option puts all files to push inside you .htaccess. This way they are being pushed also if you’re using server caching. But: If your assets change (new versions / depreciated scripts), don’t forget to update the .htaccess. This can be done with one click while saving the settings. Contribute A development version of this plugin is hosted on github. If you have some ideas for improvements, feel free to dive into the code: https://github.com/nico-martin/Advanced-WPPerformance